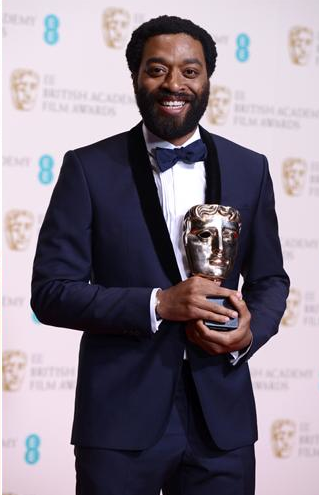 British-Nigerian actor, Chinwetel Ejiofor is  making Nigerians proud, the actor yesterday bagged an award as the Best Actor at the 2014 British Academy of Film and Television Arts (BAFTAs) for his role in 12 Years A Slave.

He won the award beating Tom Hanks, Leonardo DiCaprio, Christian Bale and Bruce Dern. The actor thanked BAFTA for the award and paid tribute to Steve McQueen’s artistry and passion:

''You really brought us all through it. “You had the real vision to tell this remarkable story. The extraordinary life that he had, and to tell this story in a way to make it of such value, of such worth to all who were there. Thank you for this, it was yours. I’m going to keep it, but it’s yours.''