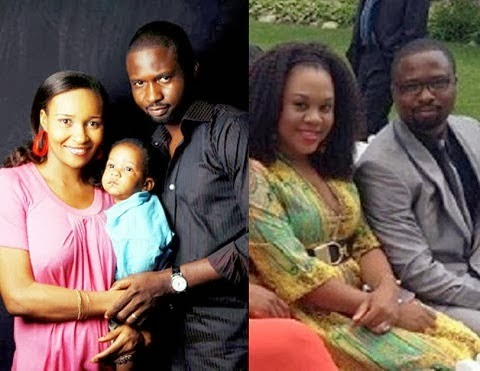 Nollywood actress Doris Simeon get very candid in a recent interview with TheNation.

The actress opens up about everything from separation from ex-husband Daniel Ademinokan, and her thoughts about Stella Damasus being married to her ex-husband. Excerpts below:

But a lot of people had the impression that you couldn’t be bothered and that you wanted this freedom?
No, if I wanted the freedom, I have it now; so, why am I not exploring the situation? Instead of that, I am trying to make money. I have a lot of responsibilities. So, rather than sit down and mourn all day, I have to face the reality.

My mother was a strong woman and I learnt a lot from her. She went through a lot, which I knew of from when I was a little child. In spite of all that she went through, she kept moving on. My mom had a stroke and survived it; and she still looked radiant. My mom jumped from one trade to another. When I think of that, I would be like, this woman, na you born me, I must do that thing wey you teach us. Those are the things I just look back and then I just move on. I have a child that I need to work for, so that he won’t face the kind of suffering I faced in the future.


Will you consider marriage again?
I don’t know, but I am not ruling it out because I am human. I might just fall head over heels in love again. But let me still be doing what I am doing. Wherever the Lord takes me, I will go.

What would you do differently when you find love again?
I will probably right the wrong things I did then. I mean I will do the right thing three times over.

Was it that you didn’t have enough time for the family?
It wasn’t that in anyway. It is just one of those things you have to deal with. People will say one thing or the other to defend their own sides. When I’m on set, I want to quickly do whatever I am doing. This is because I see a movie script as an examination; and when you have an examination you want to quickly do it and then relax. That is the way I work. I just want to do it and know that I am done with this script, so I can face my family. So, it’s not that I get carried away with work. I just want to do the best I can at that particular time that I am doing that job and get out from that set and face my family or face whatever I need to do next.

At a time, you and Daniel were one of the best couples in Nollywood. What could have gone wrong? Anything could have gone wrong. Anything could have triggered a fire anywhere. You don’t know what might happen the next minute. We are just trying to make things go right, but God has the final say. Yes, things happen in life and till eternity you keep asking that question what went wrong. But if you dwell on that, you won’t move forward because everything that happens has God’s hands in it. There is a reason why anything happens and it has been written that it will happen that way.

After a year, what did you do?
Funny enough, after a year, I was like, ‘Doris, how do you think you want to move on with your life? What should you do to move on? That was when I decided not to dwell on the past; otherwise, I will go hungry. People that want to laugh at me are out there, so I will rather make them say, ‘Aha Aha, what’s happening? And I am moving ahead with my life.

What is the relationship between the two of you now, given that you have a child for him? We have a child, so we talk. The boy is there, so why won’t we talk? We cannot be sworn enemies forever. Not every relationship leads to marriage, yet the people involved still talk.

But how do you feel knowing that your colleague is supposedly married to him?
She’s a woman and he is a man. Na man I go still follow so (laughs). In this industry, most of us are colleagues; it is not that we are close friends or something. No be say na my mama born am now.

What about all those statements credited to you that you will deal with Stella Damasus? I don’t know where they got all those stuff from. As a matter of fact, The Nation is the first newspaper I’m opening up to so much on my marriage because I know that you guys are not here to get something scandalous from me. Recently, somebody used my name on BBM to get money from people. I now traced that to a Facebook account. The person’s Facebook has my name, my pictures and everything. And they were probably getting their stories and stupid talk from all the things the person was writing. In fact, the person’s fan page has more likes than my own original fan page. Can you imagine? The person has a BB with Doris Simeon and she was telling people she wants to do a movie that they should send N10,000 into a certain account.