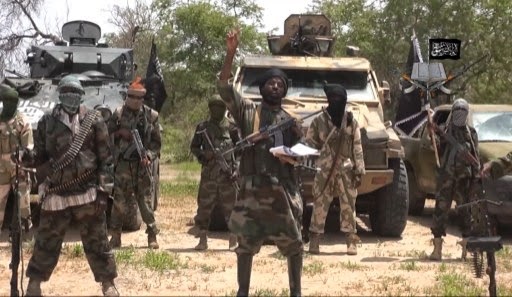 According to reports, the leader of Nigeria’s dreaded terrorist group Boko Haram has claimed responsibility for an attack which took place in Abuja and Lagos respectively on Sunday June 25.

He revealed this in the 16-minute video, given to AFP through similar channels as past messages, Boko Haram chief Abubakar Shekau also voices support for the extremist Sunni Islamic State (IS) militants who have taken over large swathes of territory in Iraq and Syria.

He also mocks the social media campaign Bring Back Our Girls which emerged to call attention to the plight of the more than 200 schoolgirls kidnapped on April 14 by the Islamists from the remote northeastern town of Chibok.

''We were the ones who detonated the bomb in filthy Abuja,” Shekau said, referring to the attack a popular shopping centre that killed at least 22 people.


Later that day, a huge blast rocked the Apapa port district of Lagos, which the authorities blamed on cooking gas explosion, with no casualties.
An AFP investigation has revealed the blast was a deliberate attack involving high explosives.

“A bomb went off in Lagos. I ordered (the bomber) who went and detonated it,” Shekau says in the video, which shows him flanked by at least ten gunmen in front of two armoured personnel carriers and two pickup trucks.

“You said it was a fire incident,” he added. “Well, if you hide it from people you can’t hide it from Allah.”

Near the beginning of the video he calls several of the world’s most prominent Islamist extremists his “brethren.”