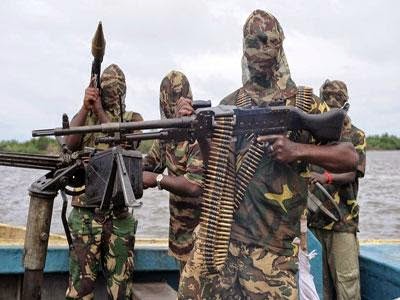 
Dozens of gunmen in all terrain vehicles and on motorcycles stormed the village from the nearby Sambisa forest where the insurgents maintain camps, firing indiscriminately and throwing grenades and explosives into homes.

“We lost 38 people in Boko Haram attacks and bombardments by a military jet on innocent residents fleeing the village,” Jar said.


“The Boko Haram gunmen came around 11:00 pm (2200 GMT) yesterday (Sunday) and opened fire on the village with guns, rocket-propelled grenades and explosives,” said Jar who fled to Lassa village, seven kilometres away.

Locals went into the bush where they passed the night but when they tried to return to their homes Monday morning, the attackers opened fire on them from hills overlooking the village where they had taken cover, said another resident, John Buba.

Panicked residents who tried to take a bus out of the village were mistaken for fleeing insurgents by military fighter jets that are deployed to repel the attackers.

“Unfortunately, the fighter jets threw three explosives on the people waiting for a bus inside the garage (bus station),” said Buba in an account supported by Jar.

“Several people were injured and have been brought to Lassa for medical attention,” Jar said.

The military and police in Maiduguri could not be reached for official comment on the attack.
But a military source confirmed the Boko Haram raid and deployment of two fighter jets which repelled the attacks and killed “many”.

The source declined to give further details.

Boko Haram’s five-year uprising to create an Islamic state in northern Nigeria has killed thousands.
The insurgents have killed more than 2,000 people this year alone.