Karrueche Tran Opens Up About ''Battling'' Rihanna Over Chris Brown 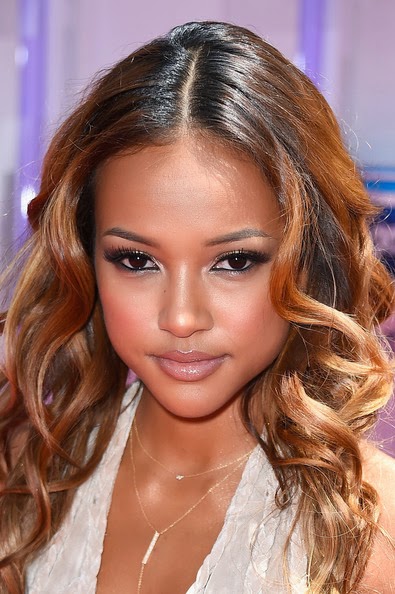 Karrueche Tran opens up about her love triangle with Chris Brown and Rihanna in an interview with ''Just KeKe,'' where the host KeKe Palmer asks her about the “drama” surrounding the two relationships.

“The reason why people tuned into this so much was because it’s relatable,” says Tran, explaining, “It’s the case of the ex. We all go through it.”

“Imagine how that feels for me when I gotta get on Twitter and I gotta  see a whole bunch of stuff,”


“They make up all kinds of crazy stuff and it’s like they know nothing about me.”

Tran points out that she often chooses to “stay so mute” when it comes to the hate she receives, but that can become a catch-22.

“That leaves open space for them to say whatever they want,” she notes.

The interview turns emotional when Palmer asks Tran what has been the “hardest” thing to deal with, and Tran begins to cry.

“I guess I would say the heartbreak, because it was a real situation,” she says as her eyes fill with tears.