I'm Sure I Will Win This Time - Buhari 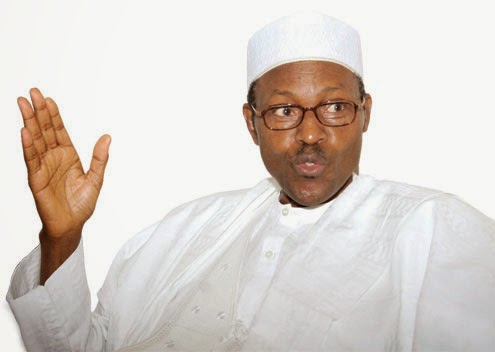 General Muhammadu Buhari has granted his first interview since being declared the APC presidential candidate. He sat down with the folks at the Weekly Trust on a variety of past, present and future issues regarding his politics, military career, personal life and others. Find excerpts below:


*Weekly Trust: This is your fourth stab at the presidency. Is there any factor that makes you feel this attempt will be any different?

>General Muhammadu Buhari: Yes. The first is the merger which gave birth to the APC itself. Since 2005, we realized that none of the opposition parties can go up against the PDP significantly. The party has no intention of ruling this country with justice, as we have seen in the sixteen years they have been around. For example, on the side of the economy, look at the Nigerian Airways, the railways and shipping line, where are they? Look at the expenditure on NEPA and the hearing conducted by the National Assembly on it. Then look at pension funds and the petroleum industry.


The list is long. There is no way they can tell you that there has been an honest attempt to punish corruption on a massive scale in this country. Secondly, out of ethical behaviour, Nigerian soldiers started granting interviews to foreign media, saying they were being sent to the warfront without proper weapons. And again the National Assembly attempted to conduct a hearing by going to find out what is being appropriated to the military or the Ministry of Defence for the last three, four years, which amounts to trillions of naira. And they invited the service chiefs or Chief of Defence Staff to tell them what is happening to the money, but that hearing was frustrated.

*Weekly Trust: You've been in the race for the presidency for over a decade now. Some people feel that as one of the pillars of the merger, you should have sacrificed your ambition so that a younger generation would aspire...

>Buhari: I don't want to personalise going for the highest office. If you could recall, I was being held on it by a number of people when I broke down in 2010, when I said after that attempt I won't attempt again. But my supporters all over the country said since I didn't say I have resigned completely from politics in the press statement I issued, I cannot refuse them. So my supporters ganged up and said I must compete. The party had not rejected me, either. An example is the just-completed primaries. If my supporters had not wanted me to attempt again, they would have voted me out. But you know the result, it was transparent. So since I didn't resign from partisan politics, I felt I had a role to play to make sure this country is secure and efficiently managed.

*Weekly Trust: The current government has been criticised, even internationally, for under-performing. Do you think this would make coasting to victory relatively easy for you?


>Buhari: Well, certainly they have made more than enough mistakes to be voted out. But most importantly, is for constituencies to be sufficiently mobilised to vote and make sure their votes count. We have the example of Ekiti and Osun, of recent. And we know that the only thing the PDP does is to rig elections, send compromised law enforcement agents to arrest opposition leadership, lock them up, then let them out after the elections. Also, they organise people to snatch boxes. All these have been displayed in court and in previous elections.