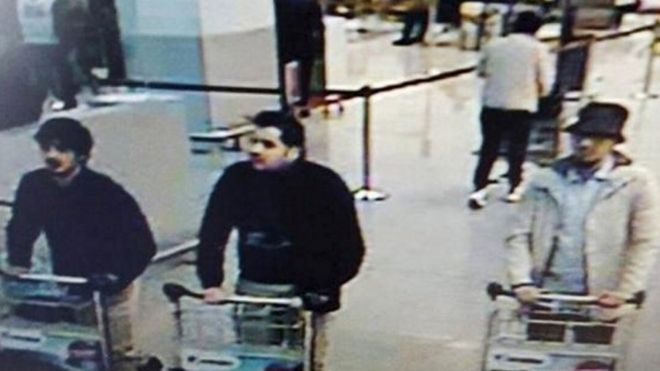 Two of the men who carried out attacks in Brussels on Tuesday have been named by Belgian media as the brothers Khalid and Brahim el-Bakraoui.
The RTBF broadcaster quoted a police source as saying Brahim was a suicide bomber at Zaventem airport. Twin explosions there killed 14 people.
It said Khalid was the suicide bomber at the Maelbeek metro station, where about 20 people died.

Belgium is observing three days of national mourning.
So-called Islamic State (IS) has said it was behind the attacks and warned that more would follow.
A minute's silence for the victims will be held at midday (11:00 GMT).