Photos: Man chooses to do this instead of serving 30 days in jail 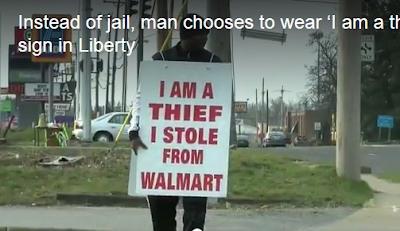 A man has chosen to wear a sign proclaiming he's a thief rather than go to jail for the crime in Ohio.

Greg Davenport, 43, of Liberty Township, pleaded no contest this month to a theft charge for stealing from a local Wal-Mart store in December.A Court judge found Davenport guilty - but gave him a choice during sentencing.


He had the option of wearing a sign - saying 'I am a thief. I stole from WalMart' - or serving 30 days in jail. Davenport says the sign is better than being in jail, and he says he chose it so he could take care of his parents.

‘I stole, I got punished,’ he told WKBN on Wednesday while wearing the sign.


Now, he says he just wants to finish his punishment. He explained that he had been caught trying to walk out of the store with a 52-inch television without paying. 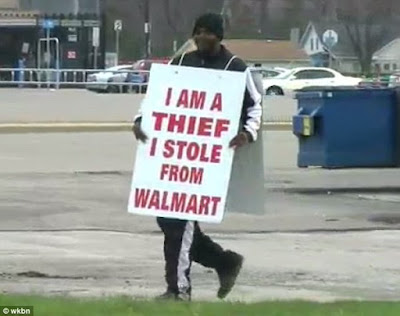 Under the terms of his sentencing, he has to wear the sign in front of the store eight hours a day for 10 days of his choosing. Liberty Police Chief Richard Tisone said he hopes the sign is sufficiently embarrassing that Davenport, who has a number of previous petty charges against him, does not steal again. 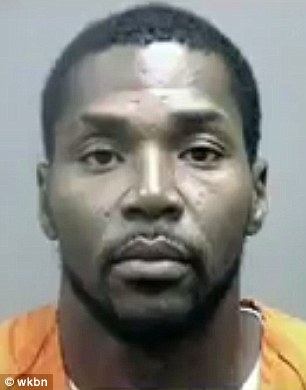