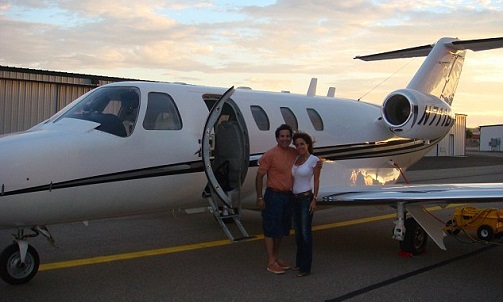 Donald L. Baker and wife
A wealthy 59-year old Real Estate has been tragically killed alongside his wife after their plane crashed on their way home from a conference.
The owner of a successful commercial real estate company, Donald L.Baker and his wife have died in a plane crash.
The principal of Larsen Baker LLC and his 55-year old wife, Dawn Hunter, were killed when their two engine jet went down in Cedar Fort, Utah, while they were heading home to Tucson, Arizona, from a conference. 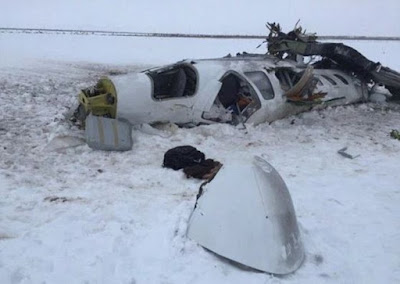 The plane debris
According to witnesses, they heard a large boom then saw flames coming from the engine as the 1999 Cessna Citation 525 plummeted to the ground.
Debris was seen scattered around the destroyed fuselage in the middle of a snow-covered field as investigators gathered evidence at the crash site. 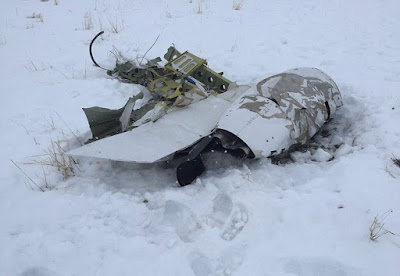 Baker, who according to records has had a pilot's license since 2008, had filed a flight plan to leave Salt Lake City International Airport.
However the plane is believed to have suffered mechanical problems, and they even tried to turn back.  The pair, who are believed to have got engaged back in 2012, lived in a house worth $3.2million. 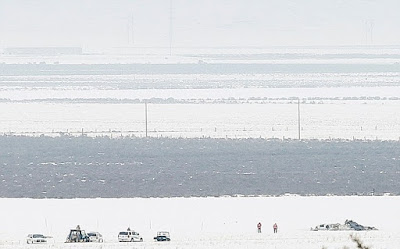 A real estate expert told Tuscon News Now that Larsen Baker owns more than 2.5 million square feet of retail space in southern Arizona.
They were also in the process of adding another 500,000 to their portfolio before death came calling.