As President Goodluck Jonathan Bows out..... 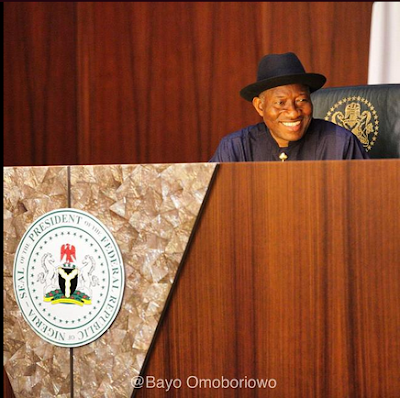 Today May 29th,2015,President Goodluck Ebele Jonathan would formally bow out of his position as the President of the Federal Republic of Nigeria..His story is an inspiring yet,intricate one..Many believe his rise to power was nothing short of divine favor..But most importantly,thanks to one single phone call to his opponent and incoming president,Muhammadu Buhari,he is now widely received as a hero and the new face of democracy..

During the handover of his administration's reports to Buhari yesterday,the president-elect said


"You have earned yourself a place in Nigeria's history for stabilizing our democracy. If you wanted to make things difficult, you could have but you didn't and for that, you have won the respect of world leaders"


My second term ambition is not worth the blood of any Nigerian ... In my political life, I have never been driven by the love of power.

He sure lived up to his words.. If you had an opportunity to meet president Jonathan today what would you tell him?