How did I miss all this kind of sweet gist , Wizkid troll Linda Ikeji 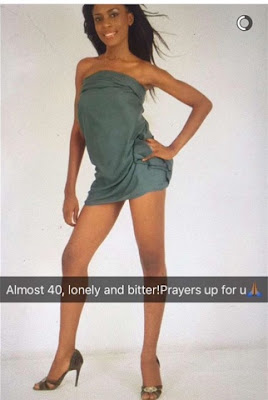 Being a student again is tough but worth it anyways .. Wizkid comes back hard on Linda Ikeji. The year 2016 in the Nigerian showbiz industry has proven to be a ‘no-chill-pill’ one, since it started. . .

The latest of the beefs is between popular blogger, Linda Ikeji and singer, Wizkid. Linda published a report late last year about how did a report that the singer was paid N8m by the management of American Univerisity in Yola Adamawa to perform but the singer did not show up after collecting the money. Linda was said to have been tagged on the report but she did not verify from the singer before publishing it.

For trying to take photos at Linda Ikeji’s mansion, this was done to man The report later turned out to be untrue as the school management debunked the report. The singer who didn’t find the report funny took to his twitter page to cuss out the blogger and other members of her family. In January, Linda broke the news of the arrival of Wizkid new baby from her American baby mama, a report which the singer has since not acknowledged nor denied. .

The singer, who obviously is still boiling with anger towards the blogger threw another jab on Saturday. He tweeted a link to an article claiming Linda has “poverty mentality” for showing off her Hermes bag (whether fake or original lol), captioning it “nice read”. Share on Facebook Share on Twitter Share on Whatsapp the photo of Linda that wizkid posted on his snap chat page Linda decided to return the jab subtly yesterday by shading the singer using another article. In an article where rapper, The Game, stood up for his baby mama against an internet troll on In. She titled the article, “When Your Baby Daddy Is Not A ‘Deadbeat’…”. .

The word ‘deadbeat’ was used in a recent interview to describe the Wizkid by his American baby mama. To cap her article on The Game, Linda wrote: “The Game swiftly responded, (unlike a deadbeat father who hasn’t started to cater for his child)” .
.
However, Wizkid took up the sub and went to his snapchat hours ago to post this: “Almost 40, Lonely And Bitter” with the photo of the blogger to drive home his message. .
.