Nigerian brothers involved Jussie Smollett attack confirm $3,500 check from the actor was payment for training & not for hate crime attack 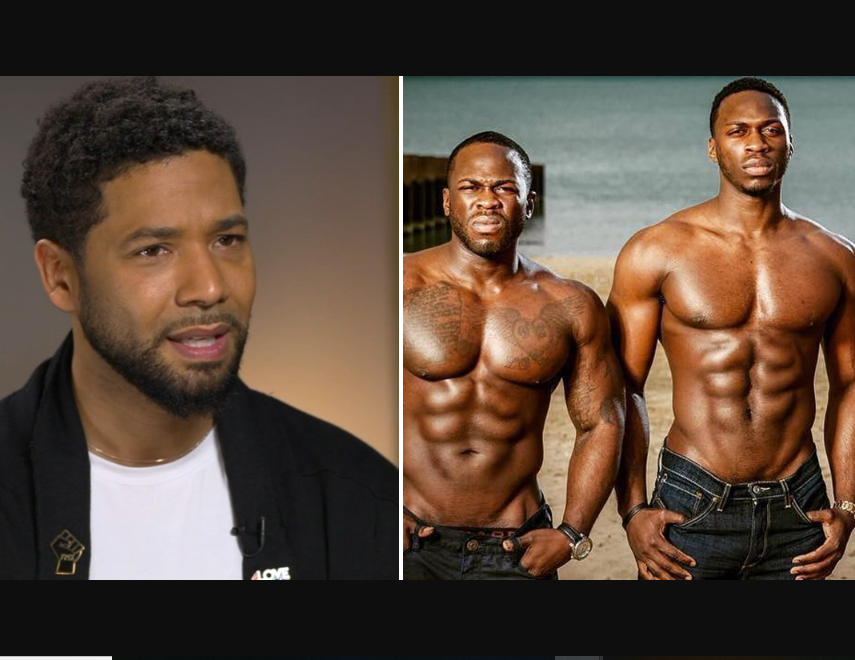 More stories in.. It was previously reported that Jussie Smollett made a $3,500 check to two Nigerian brothers to stage his hate crime attack, but now the pair have confirmed the check was for a training program.
According to TMZ, the $3,500 check made out to Abel Osundairo, 25, and his brother Ola Osundairo, 27, who are bodybuilders was for training to prepare the former Empire actor for an upcoming music video shoot.
Abel and Ola's attorney, Gloria Schmidt, told TMZ the $3,500 check was compensation for a training and nutrition program designed to help Smollett bulk up for a music video.

Schmidt denied a reporter's suggestion that the brothers could be in legal jeopardy if they lied to police about the check.
"Absolutely not," Schmidt said. "I don't know what the prosecutors have said or not said, but I know in terms of their legal analysis, they're not in any peril."
She said Smollett "took advantage" of the Osundairo brothers. "What this case really is about is a person in a position of trust who really betrayed my clients and took advantage of them."
The Empire star had told police that two Trump supporters attacked him and yelled racist and homophobic slurs while pouring bleach on him and tying a rope around his neck outside his condo on Jan. 29.
The 36-year-old was arrested on Feb. 20 and charged with one felony count of lying to the police. He also faces federal charges of mailing a threatening letter to himself.
Chicago PD Superintendent, Eddie Johnson accused the actor of paying the brothers $3,500 to help him stage the attack. They told police Smollett promised to pay them an additional $500 when they returned from a trip to Africa.
Jussie Smollett is due back in court on March 14.