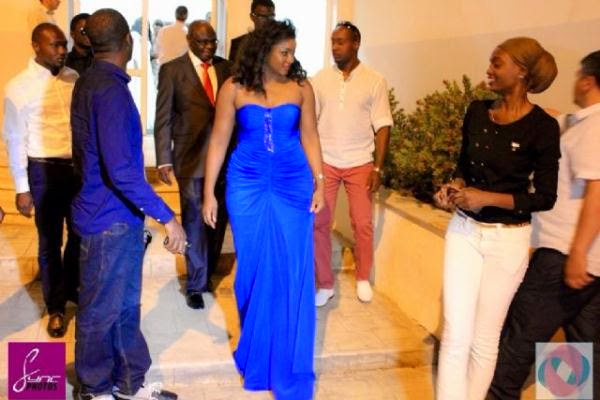 Nollywood star Actress Omotola Jalade Ekeinde is really going places and making impact everywhere she goes. Last week, on the 14th of May, at the Northern Cyprus, the respected United Nations (UN) ambassador and Activist, was at the Eastern Mediterranean University (EMU) where she was billed as a special guest and speaker at the school's career fest.
She was the first celebrity ever invited by the foremost University during its career opportunity forum. She was welcomed at the Ercan International airport by the Rector, Vice Rector, Academic Staff and Representative of African students of the school. Later, Omotola was taken around the school and the Island.
The highpoint of the four days visit was Omotola's day where Academic staff and students of the school gathered enthusiastically to listen to Omotola speak on Motivation, career opportunities and personal achievement.
She really motivated the students also as she gave personal advice to students with challenges. Omotola was then presented with an achievement and appreciation award at ASGA (African students Grand Awards).