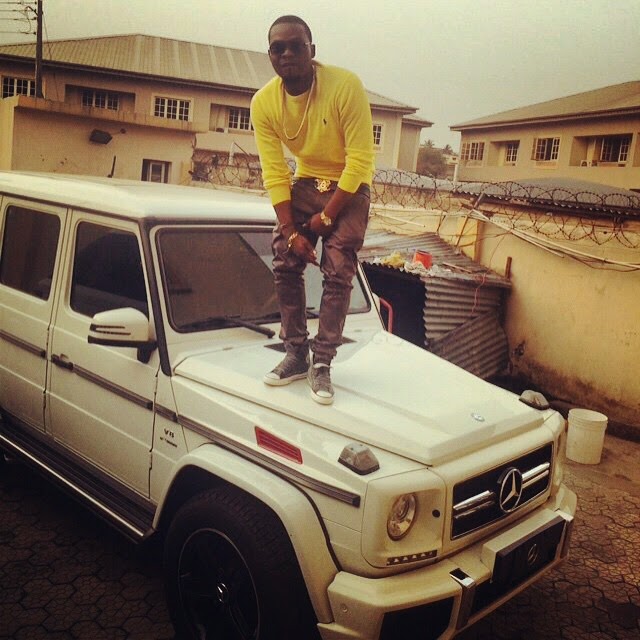 Olamide just returned from the UK. He had a mini tour in England, performing in London, Birmingham and Manchester. He also shot a video for Real MVP off his Street OT album.

On his return it is back to work. The rapper announced he just recorded a new hit and as such, it is a reason for him to ‘stand up’

He also announced he is off to the video shoot of Indomie which features Davido and CDQ.