Khloe Kardashian & French Montana Get Revealing In Their First Ever Interview As A Couple! 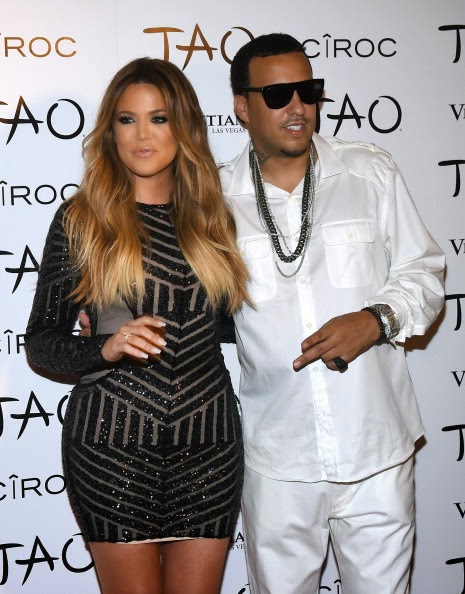 Khloe Kardashian and French Montana spill up alot in their first interview as a couple with Angie Martinez on Power 105.1.

French was having a one-on-one chat with Angie Martinez, and it was ADORABLE how nervous he got! He tried to avoid most Khloe questions, but he was willing to share how they met.

Khloe later walked  into the interview, and it became a different story! The Keeping Up with the Kardashians star first and foremost defended her man from people who are not happy about their relationship! She said:


"People are gonna comment no matter what. If I dated the most clean cut perfect guy, they’re gonna comment. That’s just the way it is. If I’m having fun and if I like this kid, no one else should care, they’re not f*cking him."

Excerpts from the interview;…AFTER THE JUMP!!!


On how they met: “Khloe cool as hell, man. It was Puff. Puff was the one that put us together. I was like Puff – I forgot how it went. It was me, Gabby, Ross, Puff, Meek. Everybody was in the studio. Scott [Disick] was there. Scott was drunk. I was like ‘I got a party tomorrow’ and everybody was like, ‘we all coming.’ She [Khloe] was like ‘Hell yeah, I wanna go.’ Next day Puff was like ‘hit her’ to come to the party.”


“We end up not going to the party. We just end up chillin’. But nah, she cool peoples. We rockin’.”
French who was born in Morocco, is currently observing the Ramadan fast, which means no eating until a specific time, no sexual activity, no drinking and smoking.

“No sex. [It’s] so fun [said sarcastically]. That’s why he’s wearing all white. He’s so pure and holy. … He’s virginal.[Laughs]

“I have been [torturing him]. Every single day. Torture.”

And for people who are not happy about their relationship, Khloe K says;
“People are going to comment no matter what. If I dated the most clean cut perfect guy, they’re gonna comment. That’s just the way it is. If I’m having fun and if I like this kid, no one else should care, they’re not f***ing him so why do they care. Our maybe they are, I don’t know. [laughs]“