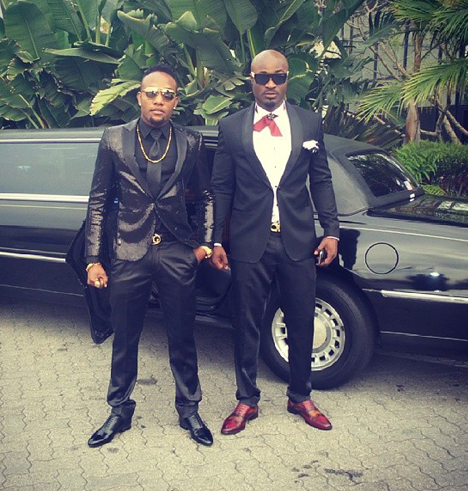 A source from QuestionMark’s camp told NET that before the suit, Luciano had expended all efforts and means to reach an amicable settlement with Harry Song and KCEE’s Five Star Music.


''It is because of their nonchalant attitude that we have decided to take the matter to court since they were not ready to sit and talk it out,’ the source, who requested anonymity, said.

Responding to the suit, Soso Soberekon who doubles as an exec at Five Star Music and KCEE’s manager denied receiving any court injunction on the matter.

‘Kevin has been on this for a while but we are yet to receive any court injunction about this matter,’ he said.

He, however, admitted that negotiations are currently ongoing to resolve the matter.
‘All I can tell you now is that we are currently discussing how we can settle this matter amicably without heightening it further,’ Soberekon said.

Harrysong is famed for writing KCEE’s hit song ‘Limpopo’ and for making the Nelson Mandela tribute song that became the most downloaded caller tune with over a million downloads on the day of its release.

Kevin Luciaino and Qmark aren’t new to controversies regarding contractual agreements with their artistes. The likes of Asa, Street Monks and most recently Ego (now called Safarie) have all left with the label on controversial terms