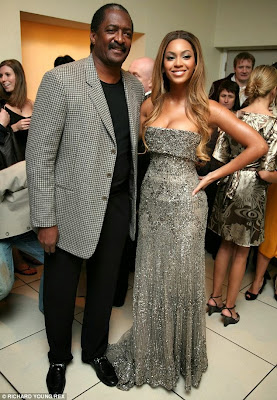 Beyoncé’s dad has suggested that his daughter and her husband Jay Z deliberately circulated divorce rumours to boost ticket sales for their On The Run tour.
63-year old Mathew Knowles made the shocking claim while appearing on The Roula And Ryan Show on Houston radio station 104.1 KRBE, earlier this week.
Mathew claimed these things are hyped ‘sometimes to ignite that tour.’ He explained: ‘It’s called a Jedi mind trick. The Jedi mind trick fools you a lot of times.’
According to Radar Online, Matthew who was formerly Beyonce's manager added:

‘I know, because we’ve done this. From experience, there’s a tour going on.’

The hosts of the show, Roula Christie and Ryan Chase, then asked if Solange and Jay Z knew their elevator fight in May was being recorded. Check out his reply after the cut

‘All I know is the Jedi mind trick. Everyone’s talking about it. Ticket sales went up. Solange’s album sales went up 200%!’

He also hinted that a Destiny’s Child reunion tour could be coming up very soon,

‘Folks don't know it, but I am still the manager of Destiny's Child,’ he said. ‘When you see Destiny's Child on TV and you see them doing songs together slowly, slowly – now they’ve done two, they were recently on TV – I don’t know, it might be another Destiny's Child album coming.

‘There might be this tour that makes history, Destiny’s Child featuring Beyoncé, Kelly and Michelle. Can you imagine what that would be like?’

Oh well, i'm not sure about Destiny's child reuniting though. Each of them are already fulfilling their destinies as individuals.
Also guys, still on Bey and Jay Z's divorce rumours, The New York Post hired a body language expert to analyze Beyonce and Jay Z's body language during the MTV VMAs award ceremony.