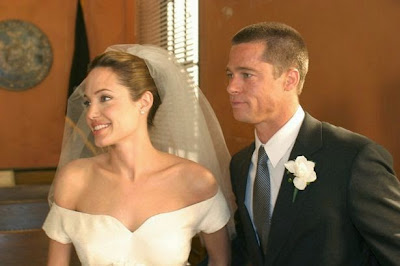 "Angelina Jolie and Brad Pitt were married Saturday in Chateau Miraval, France. Jolie and Pitt wed Saturday in a small chapel in a private ceremony attended by family and friends."


A California judge presided over the private ceremony attended by family and friends.

The couple's children took part in the wedding. Jolie walked the aisle with her eldest sons Maddox, 13, and Pax, 10. Zahara, 9, and Vivienne, 6, threw petals. Shiloh, 8, and Knox, 6, served as ring bearers.

The Daily Mail had reported that the family were spotted arriving in France on Friday and were believed to be heading to their Chateau Miraval. But there weren't any clues beyond that.

This is a moment many have been waiting for since Brad and Angelina got engaged on April 13, 2012. Later that year, when asked when they were getting married, Pitt replied, "The time is nigh."

But it wasn't. At a time, the couple said they would not get married until there is marriage equality regardless of sexuality. So many states have now signed related laws, and pundits speculated that they may have gotten married in secret. But the couple kept insisting that was not so.

In 2013, Jolie shared that she had undergone a double mastectomy. All through this, Brad Pitt stood by her. The couple have been together since 2005, almost 10 years!

Congrats and more love to the couple! 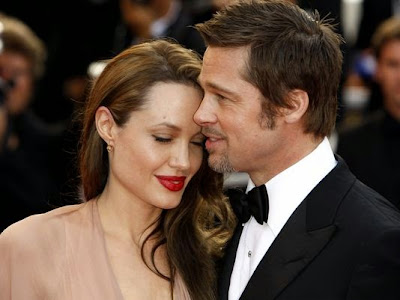