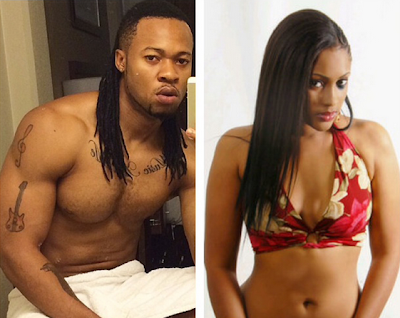 I'm not sure how true this is, but new reports claim that Flavour Nabania has impregnated, Ex-beauty queen and Delta soap model Sandra Okagbue . Here's how it's being reported,

They have been spotted at several hang outs in Lagos, in the past months, those in the know say she is one of the numerous girls warming his bed, now he has finally sowed a wild oat in between her soils...

Sandra Okagbue who happens to be former miss Delta soap was a long time bed mate/girlfriend to footballer Mikel Obi, but her status is soon to change as she is set to bear the baby of Flavour Nabania anytime in the coming weeks. 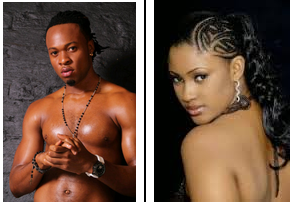 She has currently relocated to the US to give birth to her American citizen baby, and the child may likely arrive in the second week of September in Houston Texas, where she currently is chilling at... Certain olofofo whisperers are also claiming that Flavour has secretly Paid her dowry, and they are deeply in Love... Hmmmm! Here is wishing the soon to be father and mother a happy parentage... & to Sandra for Landing a BIG FISH!

As i said, i don't know if it's true, but if it is, that means all his showing off of abs have paid off...congrats to them!