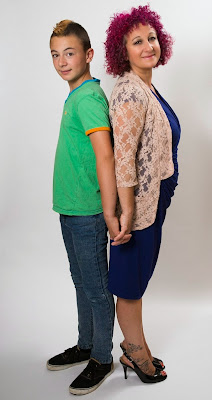 Funny how we've talked about this issue before. Her name is Jules Pomerance, and for the 44-year old walking around stark naked in front of her 13-year old son, Jordan is the most natural thing in the world.

The mother-of-three doesn’t wrap a towel around herself when she leaves the bathroom after a shower, she happily moves round the house nude. Her husband, 45-year old Nigel on the other hand, often enjoys a naked snuggle in bed with Jordan and his sisters.

‘I see no reason to stop as Jordan gets older,’ she insists.

‘Nudity has nothing whatever to do with sex as far as I’m concerned, and as our son has already reached puberty it’s not going to make any difference now. If anything, I think that “normalising” nudity is the best way of countering the over-sexualisation of our children.

Really? You agree with her? 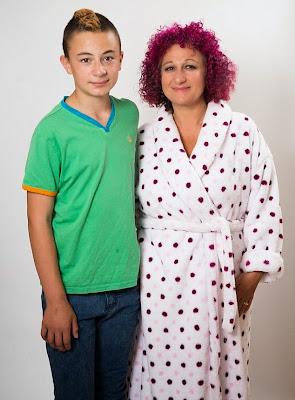 
‘Of course, if Jordan asked me to put some clothes on I would respect that. But so far he has always felt comfortable with it.

‘As a family we are frequently naked around the house, especially in the mornings when the children get into bed for a cuddle with my husband and me.’

‘I’m not a supermodel — I have a scar on my tummy from having a Caesarean with Jordan and like most mums I’ve got my fair share of stretch marks.

‘But I am happy with my own body and always have been. Nudity is very normal to me.

‘One reason I’m keen for my daughters to see me naked was because, last year, Lily started to comment that her thighs looked fat. I was horrified and wanted to show her that people come in all shapes and sizes and that no one looks like they do in fashion magazines, not even the models themselves.’

Jules also hopes that seeing her naked will help her teenage son to have a more realistic view of women’s bodies when he’s older. She says:

‘The women Jordan sees in magazines are airbrushed versions of the female form. I hope seeing the real thing will help.’ 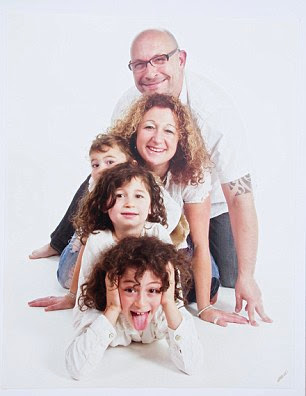 
Jordan says he supports his mother’s attitude to nudity, and doesn’t feel it’s anything unnatural.

‘I honestly don’t feel at all embarrassed about seeing my mum naked. It’s not as if she just suddenly started doing it. It is just normal in our house,’ he says, adding that he wouldn’t feel comfortable seeing a friend’s mother naked.

‘If mates come over unexpectedly I wouldn’t just take them up to my room without calling out, “Is everyone decent?” first. But I think it’s good to be relaxed about nudity in the family and will probably do the same with my children when I grow up.’