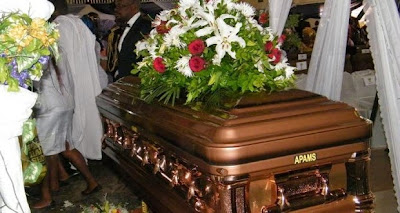 The former Director general of the National Agency for Food, Drug Administration and Control (NAFDAC) and former Minister of Information, Prof. Dora Nkem Akunyili, was laid to rest on Thursday the 28th of August 2014 at Agulu, in Aniocha local government area of Anambra State.
Akunyili, died on the 7th of June. She was interred at exactly 2.15pm yesterday in the family compound.
Her remains were brought to Madonna Catholic Church, Anambra state on Thursday. A requiem mass preceding the burial was held in the morning/afternoon
The Madonna’s Catholic Church venue of the service was reportedly filled to the brim with people outside the church outnumbering those inside the premises. 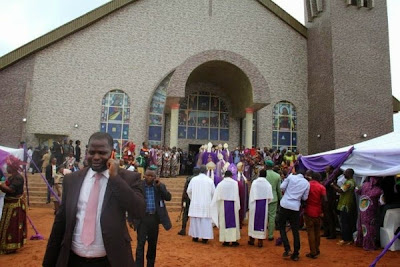 According to one of the church priests, the church which wore a new look for the event had not witnessed an event of this magnitude in the last six years. At least 27 Catholic Bishops and over 150 other priests attended the burial.
Cardinals Francis Cardinal Arinze from Rome and John Cardinal Onaikan from Abuja and three Archbishops were also at  the burial. 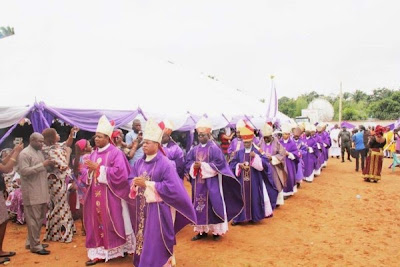 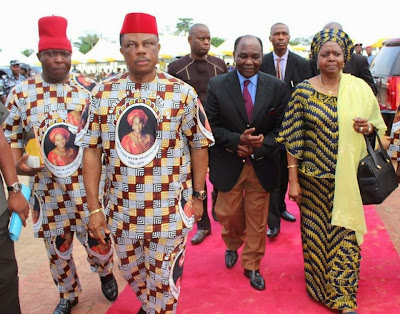 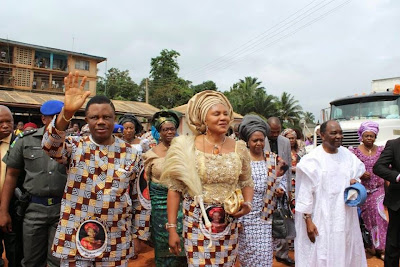 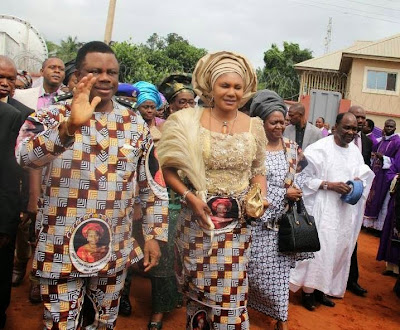 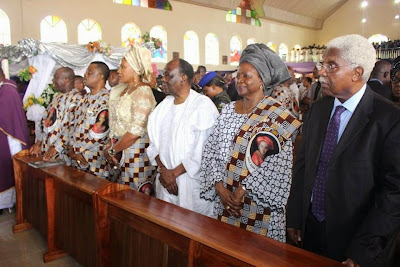 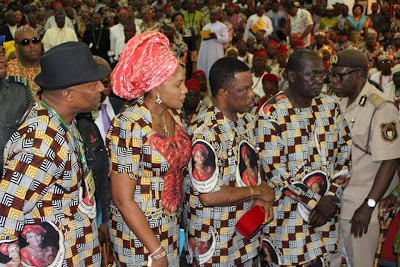 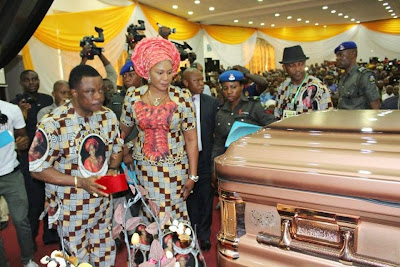 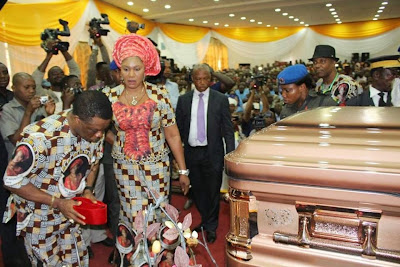 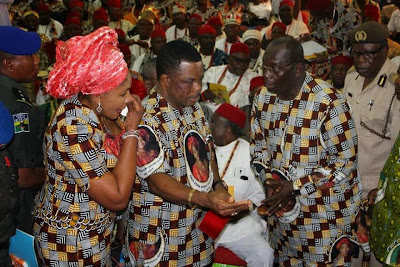 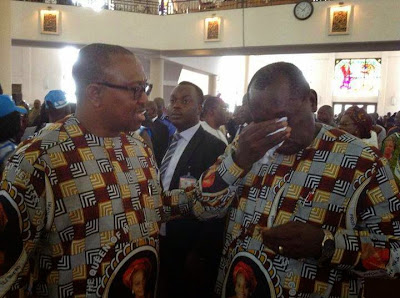 During the requiem mass organised in Abuja on Tuesday, Dr. Chike Akunyili, the husband of  Dora, said that his deceased wife lived beyond the time doctors gave her.

He said although doctors told his late wife that she had seven months to live in 2012 when she was diagnosed, she waived it as a pronouncement of men and not of God.


“When I told her doctors said she would not live for more than seven months, she said doctors have spoken but God has not spoken and then she lived for another two years and three months,” Chike said.

He also recalled how his wife displayed a rare sense of patriotism when she returned her American
passport as a citizen of US in order for her to keep her Nigerian diplomatic passport. And how she kept holding water bowl for him to wash his hands and whenever he reminded her that she was a professor, she kept saying:

“I am Chike’s wife first before becoming a professor.”

Describing her as an elephant, the widower said time would never be enough to talk about his late wife who he fondly referred to as Dorothy. 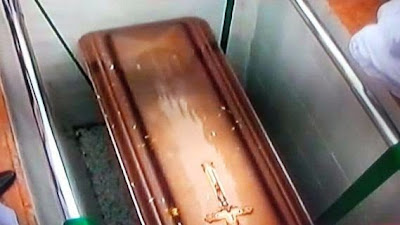 Thanks for leaving your footprints on the sand of time...Many live but they are never able to do that
Sleep on Dora, God's peace be with you.