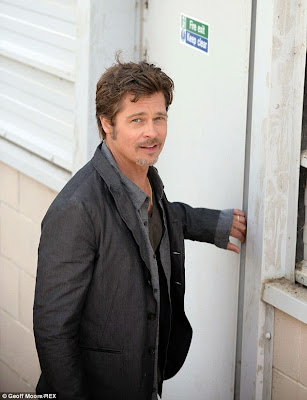 Brad Pitt is back to work after he and Angelina Jolie got married in a small and private ceremony at a small chapel on the grounds of Chateau Mirval, France. As more details emerged about the wedding, Brad was pictured with his wedding ring at an event promoting his new movie, Fury.

Brad and Angelina's wedding rings are believed to have been designed by their good friend Robert Procop, who designed Angelina's stunning engagement ring, an estimated 16-carat, emerald-cut diamond and worth approximately $500,000.

See more pictures and details about the wedding below... 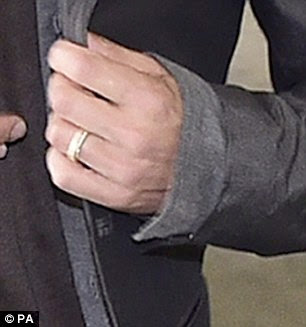 More Details About The Brangelina Wedding

The designer of the gown is still unknown, but "it was comfortable but plain white floor-length antique lace and silk." Angelina Jolie also wore something that once belonged to [her late mother] Marcheline Bertrand.

'It was a small locket with a photo of her mother inside it. She had a veil and Brad gasped when he lifted it because she looked so stunning.'


Her daughters Zahara, nine, and Vivienne, six, threw petals, and Shiloh, eight, and Knox, six, served as ring bearers. The boy all wore cream linen suits, just like Brad's, while the girls each wore a different dress of their choice. 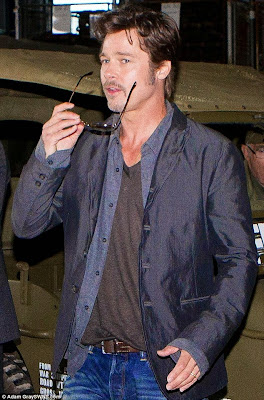 MailOnline reports that the couple decided to marry at the stunning estate they bought in 2011 after Angelina made a promise to wed in France to her mother - and also to commemorate the 10-year anniversary of the filming of Mr & Mrs Smith, where they met and fell in love.


'Angelina promised her mother before she died that she'd get married in France. They were extremely close and this is Angie's way of honoring her.'


Also, the timing of the ceremony was 'not some happy accident' as it was 'deliberately chosen to commemorate the milestone of the 10th anniversary of filming of Mr and Mrs Smith'.

Their son Maddox was 'particularly excited' about the wedding as he had been a 'powerful driver' for the two to marry. 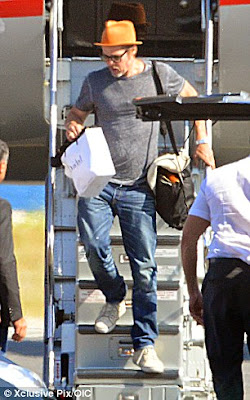 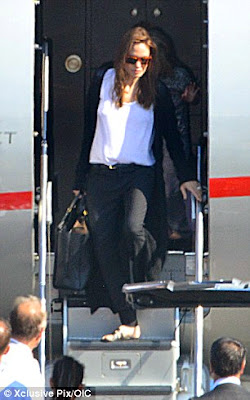